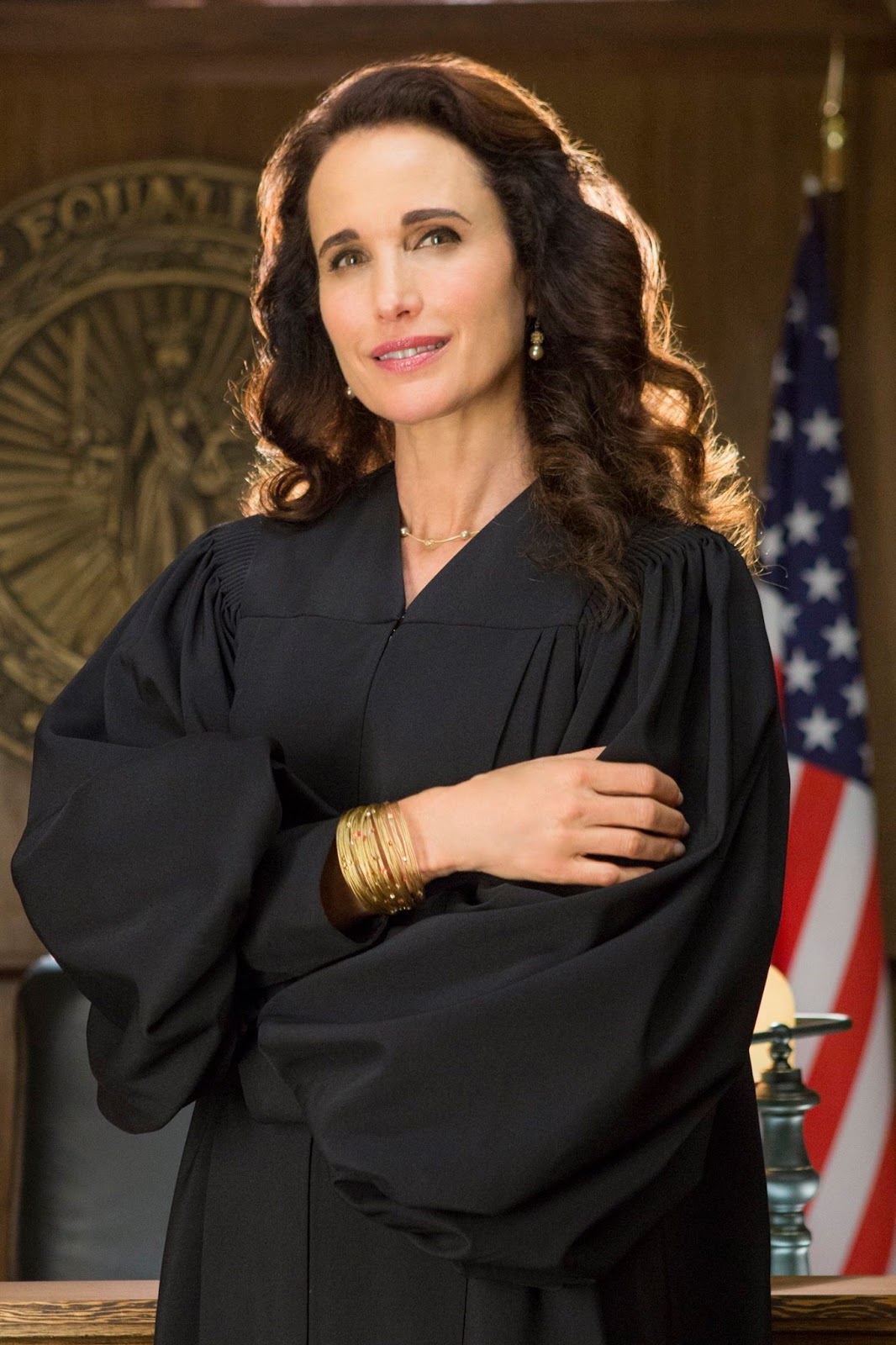 Rosalie Anderson "Andie" MacDowell (born April 21, 1958) is an American model and actress. She has received the Golden Camera and an Honorary César.

Andie MacDowell was born in Gaffney, South Carolina, the daughter of Pauline "Paula" Johnston (née Oswald), a music teacher, and Marion St. Pierre MacDowell, a lumber executive. She is of Scottish descent. Her family owned an Antebellum period summer house in Arden, North Carolina, which has since been made into a bed-and-breakfast named the Blake House Inn. Graffiti from her childhood visits is preserved in an upstairs bedroom closet. She attended Winthrop College for two years before moving briefly to Columbia, South Carolina. There she worked two jobs; one in a clothing boutique and the other in a restaurant/bar called "Stage Door". "Rosie," as she was known locally, lived with her sister, Beverly, and saved all her money so she could move to New York City and start her career. She was initially spotted by a rep from Wilhelmina Models while on a trip to Los Angeles before she would later sign with Elite Model Management in New York City.

In the early 1980s, MacDowell modeled for Vogue magazine and appeared in ad campaigns for Yves Saint Laurent, Vassarette, Armani perfume, Sabeth-Row, Mink International, Anne Klein and Bill Blass. She worked with such esteemed photographers as Bruce Weber, Richard Avedon, Helmut Newton, Irving Penn and Herb Ritts among others. A series of billboards in Time Square and national television commercials for Calvin Klein drew attention to her and led to her 1984 film debut in Greystoke: The Legend of Tarzan, Lord of the Apes, a role in which her lines were recorded by Glenn Close because her southern accent was too pronounced for her to play the role of an Englishwoman. In 1985, she had a small part in St. Elmo's Fire.

MacDowell studied method acting with teachers from the Actors Studio, in addition to working privately with the renowned coach Harold Guskin. Four years later, director Steven Soderbergh cast her in the independent film Sex, Lies, and Videotape (1989). Her performance earned her an Independent Spirit Award, a Los Angeles Film Critics Association Award for Best Actress, several other award nominations and led to a series of starring roles in films such as Green Card, The Object of Beauty, and Short Cuts. In the 1990s, MacDowell achieved stardom due to the box office success of the 1993 comedy by Harold Ramis, Groundhog Day, and Four Weddings and a Funeral (1994), opposite Hugh Grant. Groundhog Day and FWAAF remain MacDowell's biggest box office hits.

MacDowell appears in print and television advertisements for the cosmetic and haircare company L'Oréal.

In September 2010, MacDowell joined the cast of Fox's drama series Lone Star, which was canceled after two aired episodes due to low ratings.

MacDowell was married from 1986 to 1999 to fellow former model and rancher Paul Qualley, whom she met while both were posing for Gap ads. The couple have a son, Justin, and two daughters, Rainey and Sarah Margaret. She was married to businessman Rhett Hartzog from 2001 to 2004.

MacDowell currently resides in the town of Biltmore Forest near Asheville, North Carolina. She is an avid hiker and general outdoorswoman.

The text in this article is based on the Wikipedia article "Andie MacDowell" used under the terms of the GNU Free Documentation License or the Creative Commons CC-BY-SA license. See Boobpedia's copyright notice. 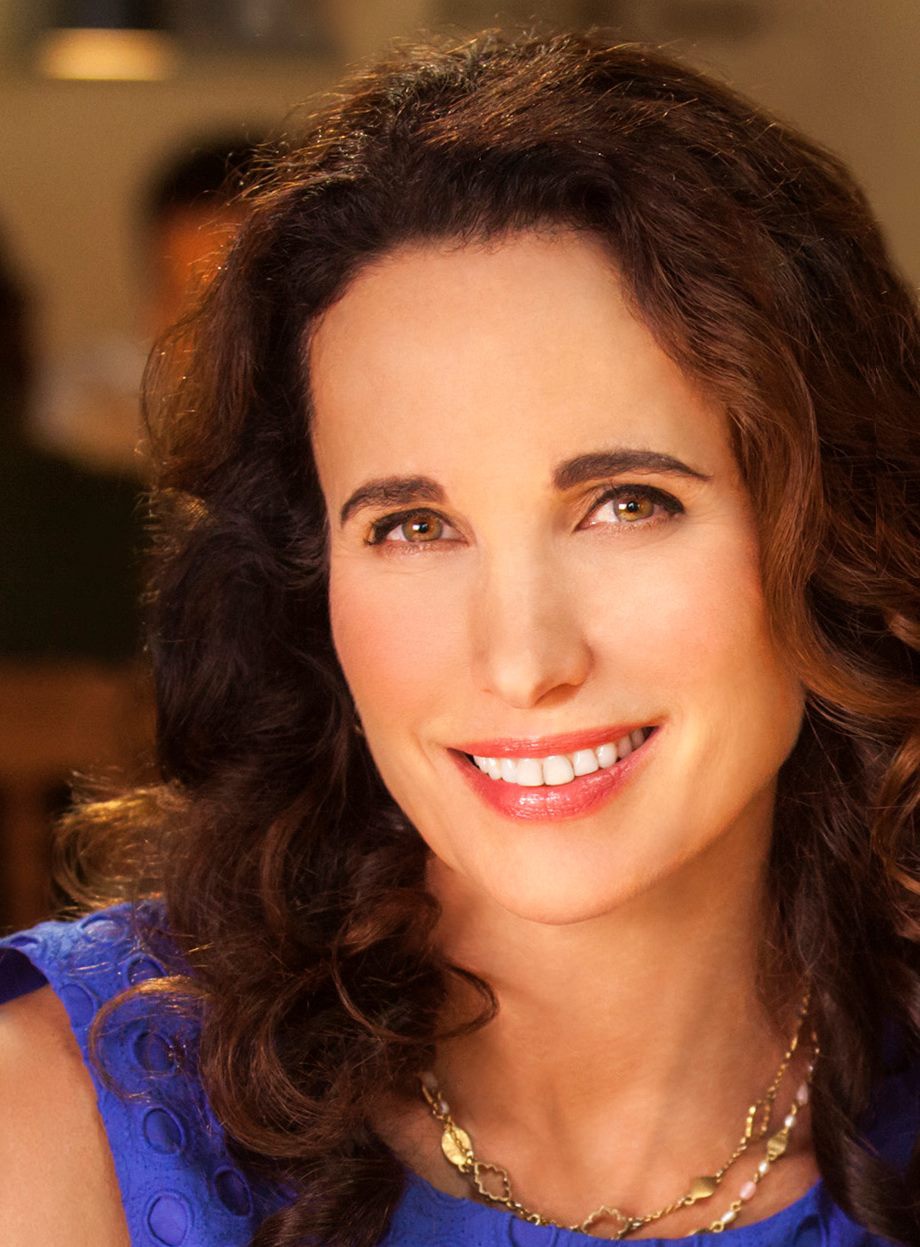