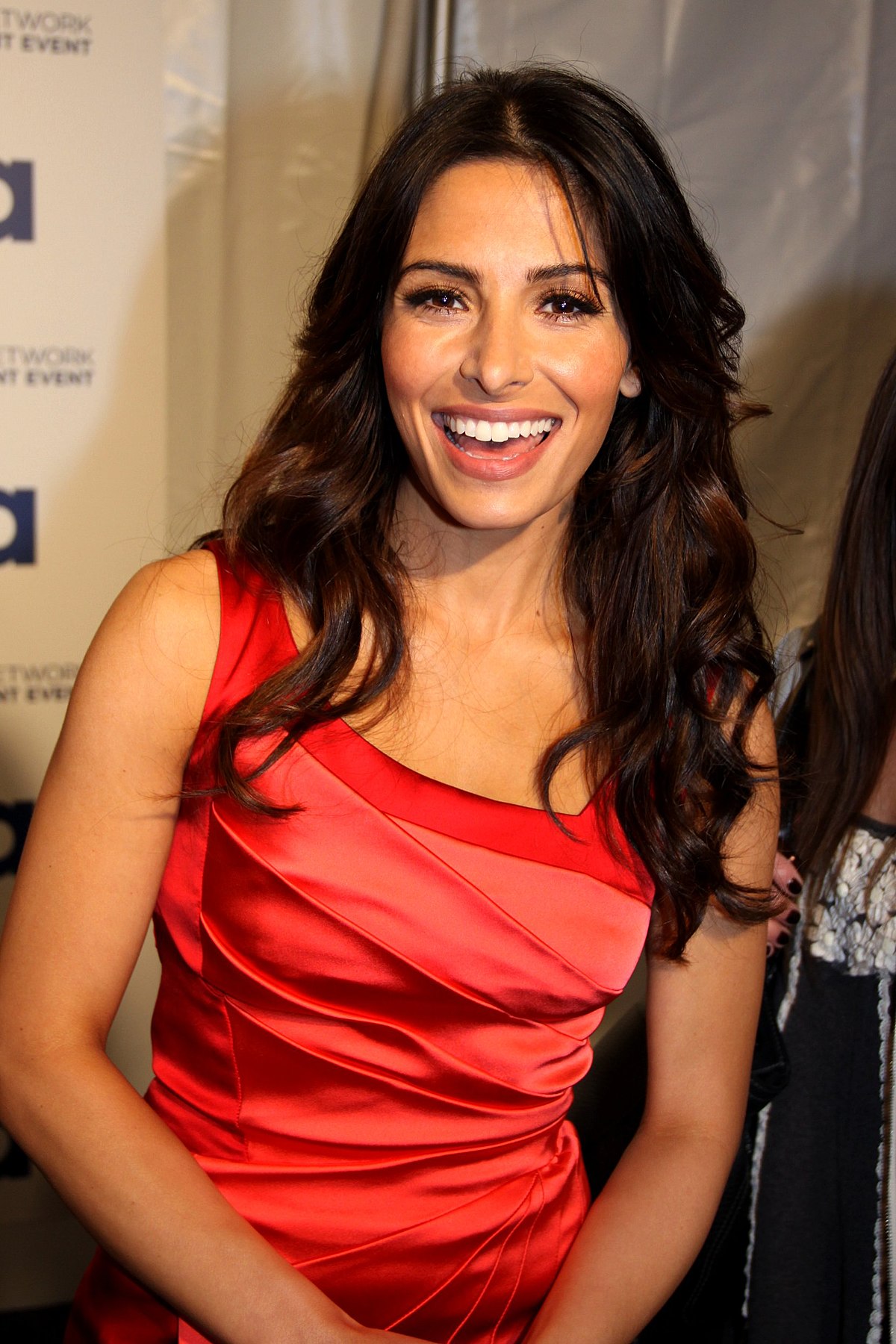 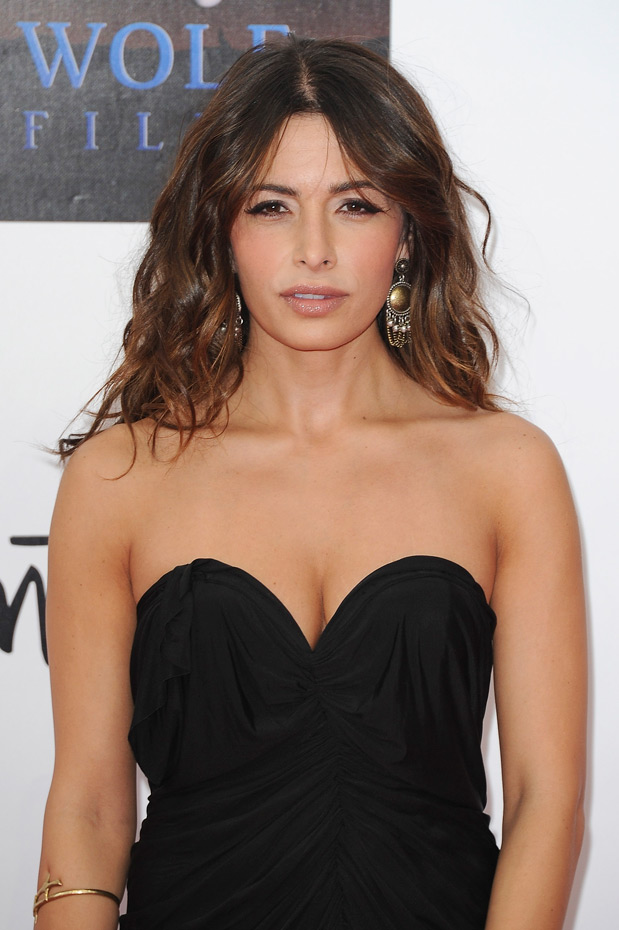 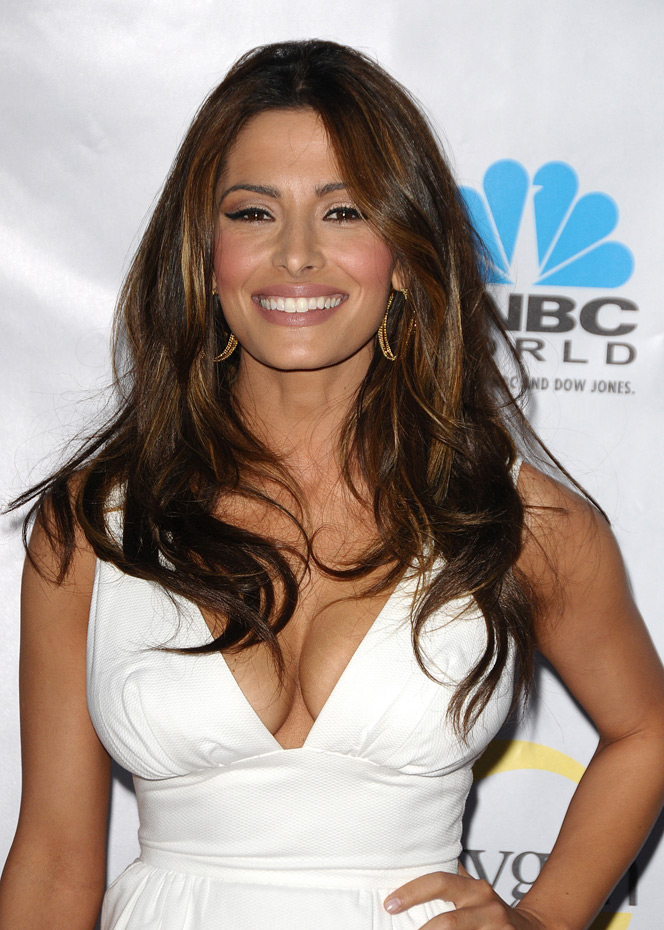 Aahoo Jahansouz "Sarah" Shahi[1] (Persian: آهو جهانسوز سارا شاهی‎; born January 10, 1980) is an Iranian-American[2] television actress and former NFL Cheerleader of Iranian and Spanish ancestry. She played Kate Reed in the USA Network legal drama Fairly Legal in 2011–12, Carmen on The L Word in 2008, and also starred as Sameen Shaw on the CBS crime drama Person of Interest.[3] She has also appeared as the main female role Det. Dani Reese in Life, and in a supporting role in Alias.[4] In 2018 she starred in the series Reverie.

Sarah Shahi was born on January 10, 1980, in Euless, Texas, and raised there.[1] She is the daughter of Abbas Jahansouz Shahi and Mah Monir Soroush Azar, an interior designer, who divorced when she was ten.[5] Her father is from Iran. Her father's family left Iran two years before the Iranian Revolution.[6][7] Her father was working at the American Embassy in Iran, was slated for execution when the last Shah's regime collapsed in 1979, but was able to flee the country.[5]. Her mother was born in Spain, to an Iranian father and a Spanish mother.[8][9] She has an older brother, Cyrus,[10] and a younger sister, Samantha, who is a production assistant.[11][12][13][14][15]. Her birth name, Aahoo (Persian: آهو‎), means "gazelle" in Persian.[9].

Shahi adopted Sarah as her name in second grade after hearing a song called "Sarah" because she was "tormented" by other children about her unusual birth name.[1] At her father's behest, she grew up speaking Persian, in addition to English. Shahi's parents began entering her in beauty pageants at the age of eight.[7] Shahi attended Trinity High School, where she was captain of the volleyball and basketball teams, and Southern Methodist University, majoring in English and Theater.[16] She was a member of Alpha Chi Omega during her time at SMU. Shahi won the Miss Fort Worth pageant in 1997.[17] Hoping to become an actress, she joined the Dallas Cowboys Cheerleaders (1999–2000) squad despite not having cheered before. Later, she moved to Los Angeles.[1] 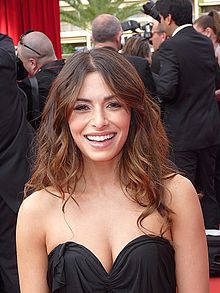 Shahi at the 2012 Monte-Carlo Television Festival

While working as an extra on the set of Dr. T and the Women in Texas, Shahi met director Robert Altman, who encouraged her to move to Hollywood,[1] where she received roles in several series, including Alias, Dawson's Creek, Reba, and Supernatural. In 2005 she appeared in the supporting character role of DJ Carmen de la Pica Morales on The L Word, which she joined in its second season. Shahi's two-year contract was not renewed after the end of the fourth season, and her character was written out.[18]

She also played Farah in the second season of Sleeper Cell, and also appeared in HBO's The Sopranos in 2007, in the Season 6b episode "Kennedy and Heidi" as Sonya Aragon, a stripper and college student who spends a weekend with Tony after a death in his family. In 2007, she secured a small role in Rush Hour 3 as Zoe, a scantily clad rich girl who is pursued by Chris Tucker's character, Detective Carter.

In 2007, she took on her first permanent leading role on a TV series, co-starring with Damian Lewis in the NBC series Life as homicide detective Dani Reese. The series ran for two seasons.[1][19]

In October 2009, Shahi landed the lead role in the USA Network pilot, Facing Kate. Shahi began filming in November 2009.[20] The show followed the life of Kate Reed, a legal mediator who is frustrated with the bureaucracy and injustice she witnesses in the legal system. The series title was later changed to Fairly Legal. The show was cancelled after two seasons in November 2012.[21]

Shahi was cast as a recurring love interest for Taylor Kinney's character Lt. Kelly Severide on NBC's show Chicago Fire in October 2012.[22] She was cast as the possibly recurring character of Sameen Shaw on Person of Interest. She was featured in the sixteenth episode of the second season, "Relevance", which aired in February 2013.[23] In May 2013 CBS President Nina Tassler announced that Shahi would be added as a series regular for its third season.[24] She played the daughter of Sylvester Stallone's character in the action film Bullet to the Head In which was also the first time working with co-star Jason Momoa who she would later go on to work with again in his movie Road to Paloma in 2014. Following the January 7, 2015 episode of Person of Interest, Shahi and the show's producers announced she would be leaving the show for an indefinite period of time because of her pregnancy.[25]

In February 2016, she was cast as iconic detective Nancy Drew in a planned TV series based on the books.[26] In May 2016, CBS passed on the series, and its producers announced they would continue looking for a network to air the show.[27] Also in May, Shahi resumed her appearances as Shaw on Person of Interest, until June 21, 2016, when the show ended.[28] 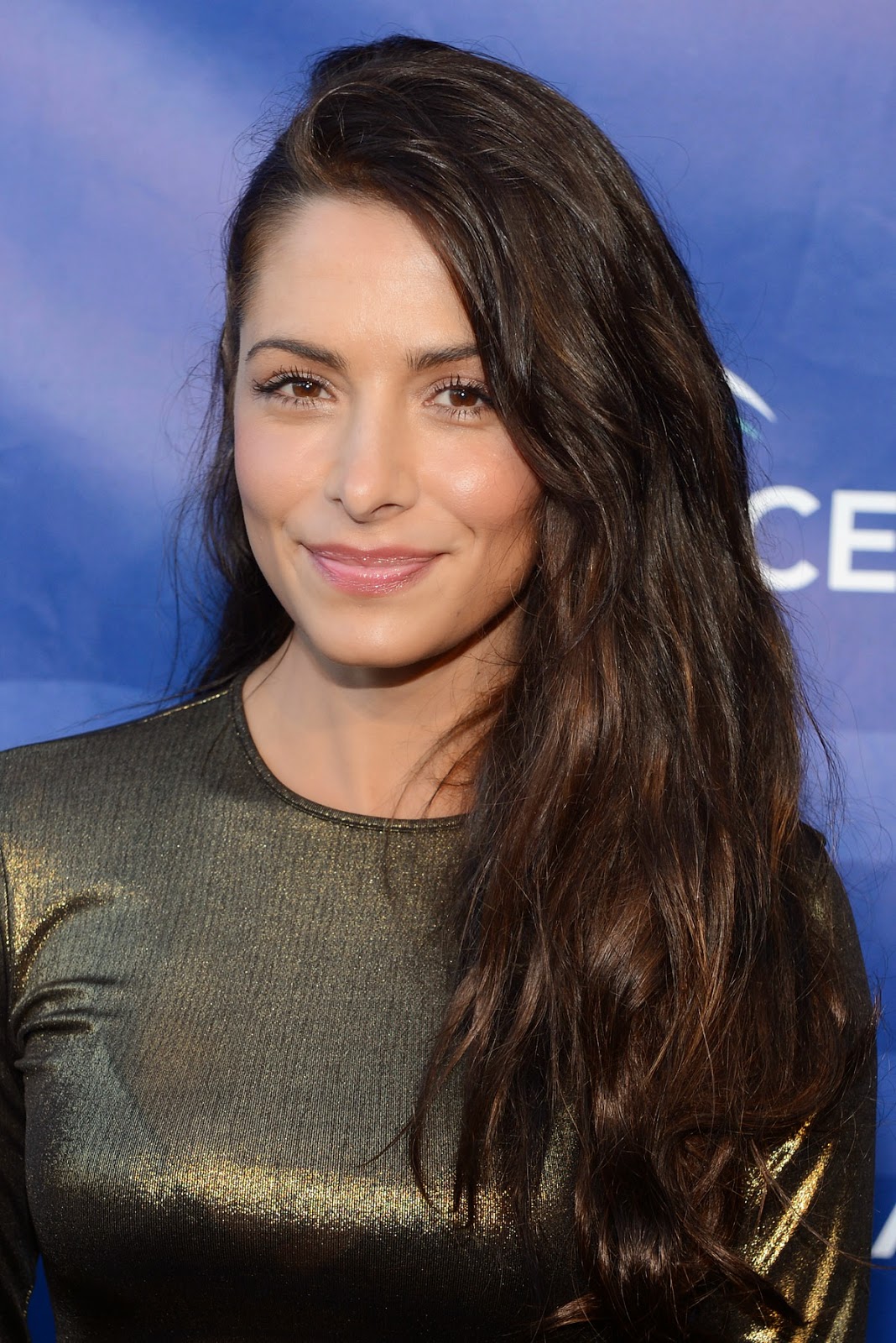 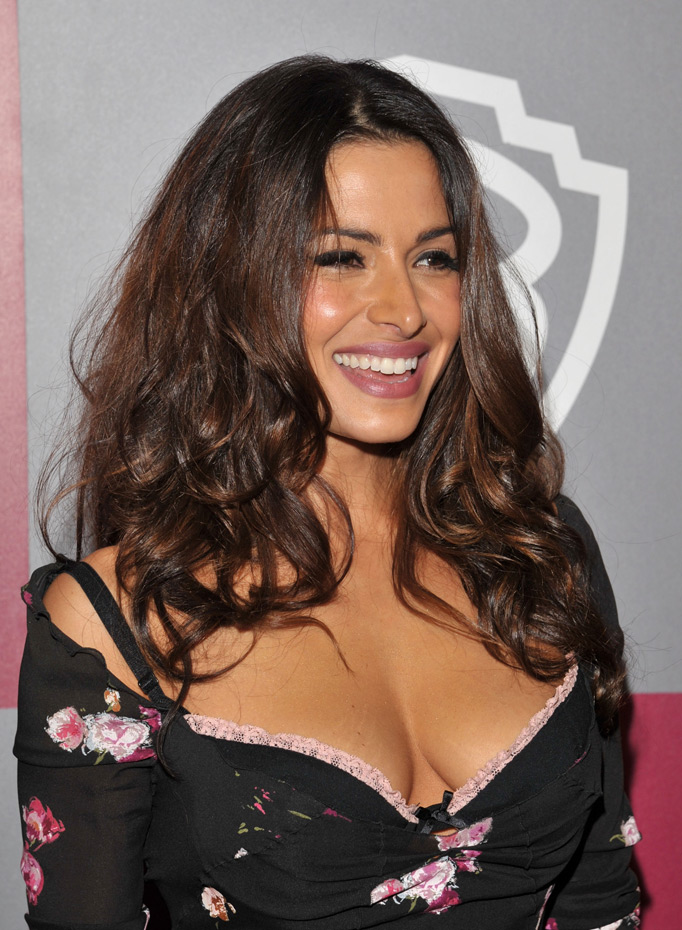 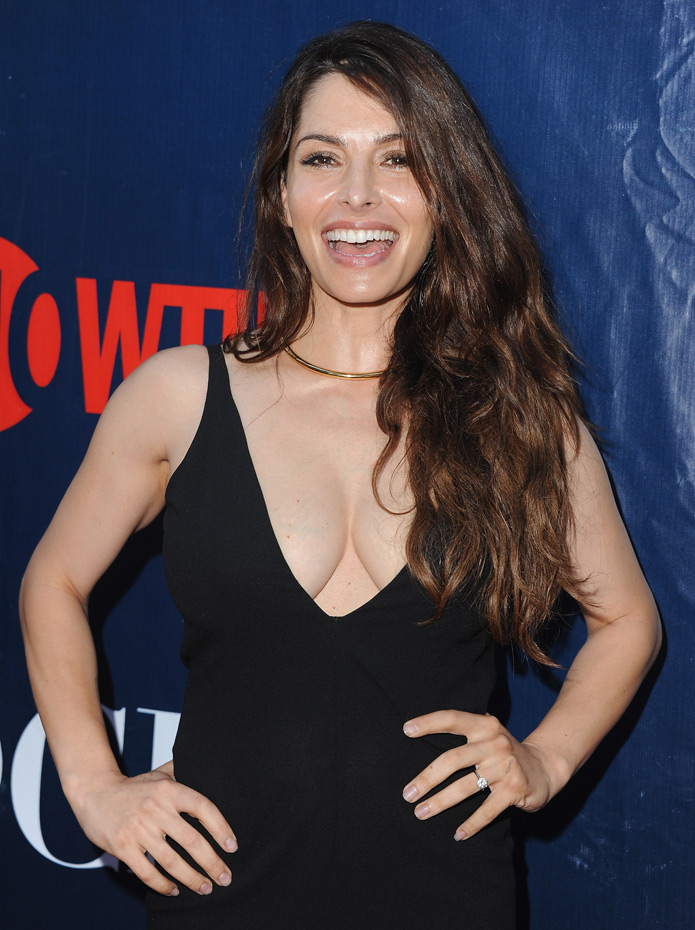 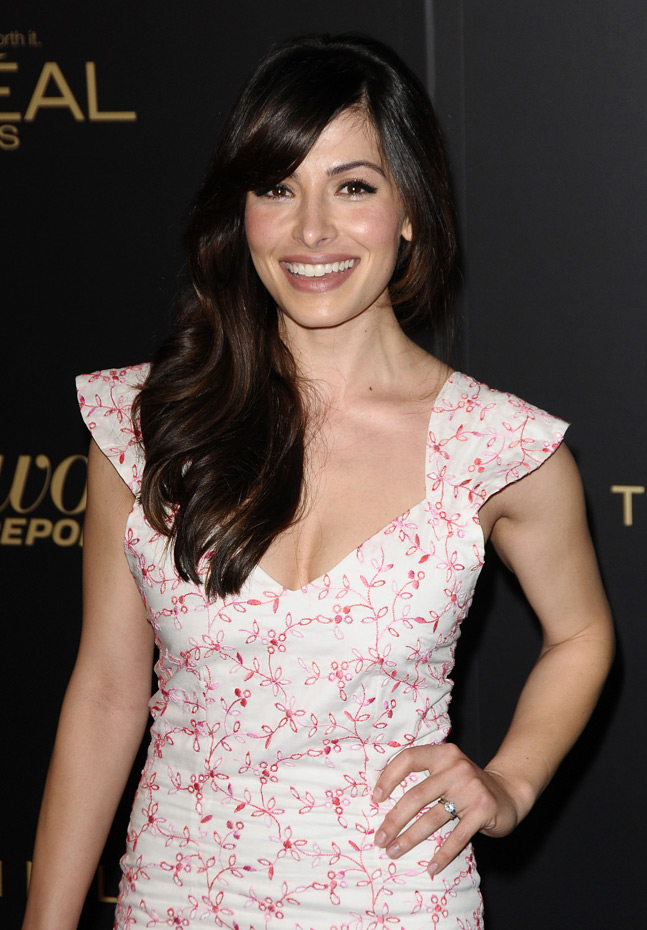